Here are the Italian colors adjectives and their different rules and meanings:

In English, the word orange can signify both color and fruit, as well as the flavor of that fruit.

Frequently, we describe other, less basic colors in terms of well-known objects of the same color: chestnut, violet, aquamarine, etc.

In Italian, the tendency to name colors for other objects is even more common, and the grammar rules for these object-adjectives are different than for other adjectives.

The following Italian color words have no meaning other than the colors for which they are named, made an exception for “orange” which has 2 meanings as in English. In fact, it indicates both the orange tree and the color.

You should also know that in Italian the fruit and the orange tree are the same words but they have different genders:

How To Name And Pronounce Italian Colors

The Italian word for “dark” is “scuro”, so if you want to talk about dark shades, you can just add the word “scuro” after the name of each color. The only exception is “blu” which in Italian already means “dark blue”. To say “light blue” the Italians use the word “azzurro”.

Likewise, the Italian word for “light” is “chiaro”, so if you want to talk about light shades, you can just add the word “chiaro” after the name of each color. As we already said above, the exception is “azzurro” which in Italian already means “light blue”.

For light shades we have 2 peculiar Italian expressions:

Here are 3 peculiar Italian expressions to indicate the variation of the red color:

And here are other Italian idiomatic expressions about colors:

Below you can find 2 color words often used to describe the eyes colors:

Our rainbow isn’t finished yet. The following color words are derived from flowers, fruits, or minerals, and they follow slightly different rules:

* Arancio is used in many places to denote the color as well as the orange tree. When using this form, the rules below apply.

⇑ Back to the Table of Contents – Italian Colors⇑

Whereas in English it is necessary to specify “the black woman” or “the white man,” in Italian it is sufficient to say la nera or il bianco. “I bianchi” o “i neri” refers to the entire race, or to a specific group of whites or Blacks within a community or other specific situation.

Neither phrase is considered derogatory in Italian. It is important to note that the racial make-up of Italian-speaking countries is very different from that of the United States.

In the States, we consider white/Caucasian, Black and Latino/Hispanic to be three individual races. In Italian-speaking countries, the tendency is to consider everyone (all mixed descendants of natives, Spaniards, and, depending on the area, African slaves and/or European immigrants) a member of the same race, which they call razza.

Color variations are expressed using different words, with many people characterized as meticci, light-brown-skinned. In US English the correct translation is “mestizos”. Another typical Italian word is mezzosangue that can be translated with a mixed breed or half-breed.

A mestizo(a word of Spanish origin) was the individual born from the cross between a European settler and a person of the pre-Columbian Amerindian population.

Mulatto is a word equal to English and means a person of mixed white and black ancestry, especially a person with one white and one black parent.

Similarly, the word Indio is the same as English and refers to the original inhabitants of Central and South America.

Pellerossa is instead the word commonly used in Italian to indicate Native Americans.

Finally, aborigeno is the term used to indicate the Australian natives.

Negro is considered a derogatory word as well as yellow to indicate Asians such as Japanese, Chinese, etc. Vice versa, the word red is never used to refer to Native Americans.

Language note: the word vice versa is practically the same in Italian: viceversa, just leave out the space! This happens because originally it was a Latin word.

All of the following phrases were used in today’s lesson, but were not specifically translated! Using the color words you have learned, write the Spanish phrase from the lesson next to its English translation.

Express the following in English:

Learn The Italian Colors Singing Along With Lucio Battisti

From Lucio Battisti you can learn the names of some Italian colors: the song is “La Canzone del Sole”. Start the video and try to sing along by scrolling the text in the window below, and, above all, have fun!

Le bionde trecce, gli occhi azzurri e poi le tue calzette rosse
The long blonde hair, the sky-blue eyes and then your red socks
e l’innocenza sulle gote tue, due arance ancor più rosse
and the innocence on your cheeks, two still more red oranges
e la cantina buia dove noi respiravamo piano
and the dark cellar where we were breathing slowly,
e le tue corse e l’eco dei tuoi “no”, oh no, mi stai facendo paura.
and your running and the echo of your “no”, oh no, you scare me.Dove sei stata, cosa hai fatto mai?
Where have you been, what have you done till now?
Una donna, donna dimmi, cosa vuol dir: “Sono una donna ormai.
A woman, woman, tell me what does it mean “I’m a woman now.”
Ma quante braccia ti hanno stretto, tu lo sai, per diventar quel che sei…
But how many arms have clasped you, you know, to become what you are…
Che importa tanto tu non me lo dirai, purtroppo…
What does that matter, you won’t tell me, unfortunately…

Le biciclette abbandonate sopra il prato
The bicycles ee left abandoned on the meadow
e poi noi due distesi all’ombra,
and then the two of us lying down in the shade,
un fiore in bocca può servire sai, più allegro tutto sembra
a flower in the mouth is useful, you know, everything looks brighter
e d’improvviso quel silenzio tra noi e quel tuo sguardo strano,
and suddenly that silence between us and your strange look,
ti cade il fiore dalla bocca e poi, oh no, ferma ti prego la mano…
the flower falls from your hand and then, oh no, stop your hand, please…

Dove sei stata, cosa hai fatto mai? Una donna, donna dimmi,
Where have you been, what have you till now? A woman, woman, tell me
cosa vuol dir: “Sono una donna ormai.”
what does it mean “I’m a woman now.”
Io non conosco quel sorriso sicuro che hai,
I don’t kow the confident smile you show,
non so chi sei, non so più chi sei,
I don’t know who you are, I don’t know who you are anymore,
mi fai paura oramai, purtroppo…
you scare me now, unfortunately… 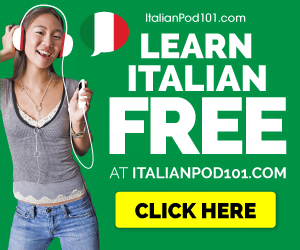